skip to main | skip to sidebar

Kanye West should be euthanized

Ok. I have tried to live and let live. But I can hold my tongue no longer. This dude is the douchiest douchebag that ever walked the planet and needs to be disposed of.
Here's a picture of Kanye in case you don't know what he looks like: 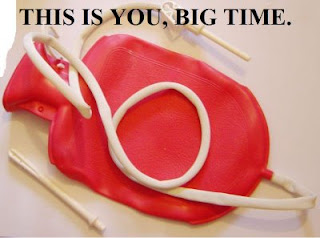 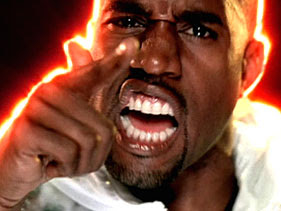 I could regale you all with the endless parade of stupidity that he has shown over the years, but I know you won't read it unless it's about Rachael Ray, so please humor me while I vent.
The latest comments this ass has made at some kind of show on some kind of network that used to play some kind of music or something involve giving "Chris Brown a break".
In case you've been in a freakin' box this month, or done nothing but Google Rachael Ray (you know who you are loyal readers) you know that Chris Brown is another retard that beat the hell out of his girlfriend Rihanna. Oh sorry, allegedly; I guess pictures aren't proof.
This is the ass's latest stupid comments:

Some of West's choicer comments ended up on the cutting room floor, but there's no political conspiracy afoot, said executive producer Bill Flanagan. "A lot of the stories that Kanye told went long," Flanagan told Reuters on Thursday. "I tried to get to the essence of his comments." (At one point) West asked the crowd, "Can't we give Chris (Brown) a break? ... I know I make mistakes in life … Michael Jackson, amazing. Michael Phelps, amazing ... He's a real fuckin' person; he makes mistakes … O.J. Simpson, amazing. Is he not? What he did, when he did, what he did. Was he not amazing though?"

How much dumber can one man get? Is there a limit? If there is, I think he may have hit it.
Before you Kanye fans get all up on me, I understand what he is trying to say. These people all have talent, and we should appreciate them for their talents. I get it. But does having a few hit songs, or being able to carry a ball mean we need to give them a free pass to assholery?!
I say nay. Nail 'em to the fuckin' wall. Better yet, send them to Singapore for a good caning. And send Kanye with them. Douchebag.
Posted by Denise (aka Trixie) at Saturday, February 28, 2009 No comments: 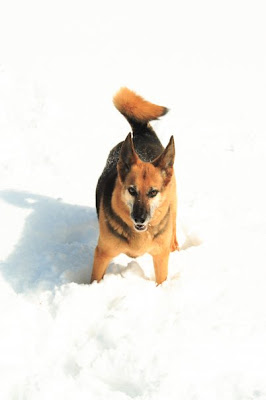 I had to put my dog to sleep yesterday.
It sucked.
Sparky was a month away from being 11 years old. He had been throwing up in an increasing frequency for the last 6 months. Radiographs told us it was likely a tumor growing in the belly. We made the decision not to do surgery, for financial reasons and also the fact of his age. Didn't want to put him through that. It finally got to the point where he was losing far too much weight and muscle tone, was becoming weak, and we just couldn't let him suffer like that. I knew it would be hard, I just didn't know how hard.
We got Sparky the week after Andy and I were married. We called him our "Honeymoon Dog". Just a few days after we wed, we took Alex to PetSmart where they were having adoptions from the Humane Society. Just to look, of course. Ha ha. There he was; the cutest little German Shepherd mix. His ears were flopping over his eyes, and we picked him up and right away he tried to crawl into the crook of our necks to cuddle. I'll never forget holding him up to my face, looking into those big sad eyes and thinking, "Oh crap, we're goners."
That night we had a big thunderstorm, and Andy held him on his chest the whole night. That's when he became "Andy's puppy". He never wanted anything to do with Alex or me for quite a while; those two bonded.
I tried so hard not to love this dog. I had my best friend, and lost him. A Shih-Tzu named Boomer, my baby, when I was a teenager, that had renal failure at the age of 6; one day I came home from school, and my parents told me they took him in to be put down and that was it, I never got to say goodbye. That devestated me at the time, and I swore I was never going to go through that again. I tried to keep Sparky at arms length for years, but dammit if he didn't worm his way in!
Sunday we took him in, to the hospital where I work. They knew I was coming, I had talked to my boss a couple days before and he knew there was nothing more to be done for him. I remember him asking me if I was ready mentally to do this. I told him yes. I was wrong.

We had the kids tell him goodbye. That was awful, but I wanted them to have that closure. They were so mature about it though, no matter how bad they were hurting. I have awesome kids.

We got to the hospital, and I didn't even get into the door before the tears started. Maybe it's because I see it all the time, maybe it's just because this was the first time I had to make the decision, I don't know, but all of a sudden it was like I hit a panic wall and couldn't make myself do it. I didn't want to walk in the door. Only Andy taking my hand and telling me, "We have to do this." got me in the door. And of course the place had to be teeming with people, all the ones I work with everyday, and clients; they're all watching us walk in, my face streaming with tears. Very embarrassing, but at that point I didn't care. I love my co-workers though, they ushered us right into a room away from the looker's-on. Doc came right in and gave Sparky a shot of Telazol, a sedative to relax him. He told us we had about 5-6 minutes to say goodbye. That was probably one of the worse moments of my life so far. The Telazol scared him I think; he didn't like the loss of control, he stumbled around and we tried so hard to get him to just lay down, afraid he would fall, and we cried so hard I thought we would never stop. His eyes leaked; I know it was just liquid but God it looked like he was crying. Andy said he wanted to stay for the actual shot; at work we call it "pink juice", I don't know what it's in it, but it makes the heart stop. I didn't want Andy to be there, I've seen it work before and I didn't want him to watch Sparky's eyes cloud over and lose their light. So we hugged him and told him goodbye and left.

I've talked to people before that have lost a pet, and they go on and on about it and I think to myself, "People, it's an animal; get a grip." Ha ha, joke's on me. I never dreamed how bad this would hurt, not just making the decision to end his life, but the part that comes after. Thinking of how cute he was, or what a great pal and protector, and how loyal. All he ever wanted was our love. It is breaking my heart that he is not laying on the couch beside me right now keeping me company when everybody else is in bed. I remember how he used to lay by Molly's crib when she first came home from the hospital, not quite sure what to make of her. How he would jump up in bed with Alex to wake him up in the mornings. How he would be so damn happy and do his puppy wiggles when we came home. How he would play 'sock' with my mom when she came over. Just burying my face in his fur and feeling all warm and cozy, and stroking his velvety ears. I'm never going to feel that again. I'm never going to see him smile again. This house is so damn quiet now. Although I swear last night I heard him walking across the floor in the kitchen; it was so loud I turned to look, expecting to see him.

I can't believe how much I miss this dog, that I always 'tolerated' and never wanted to love. I know he's with Boomer up there, and Andy's Duke's, and I know he's chasing deer and Mama Kitties and that he's happy and healthy and I will see him again. But I miss him. And I do feel like a big chunk of my heart is there with him. And I'm glad that we had him for 11 years. And I also know that someday I'm going to have to do this again. So I won't try and deny the next one, I'll just give in right away and enjoy the ride.
Posted by Denise (aka Trixie) at Monday, February 23, 2009 No comments: 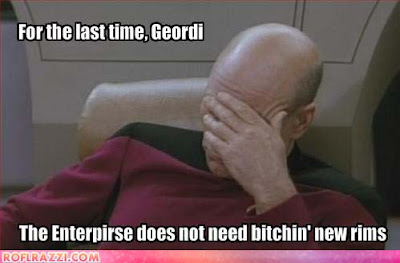 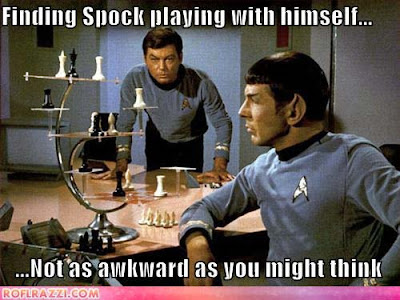 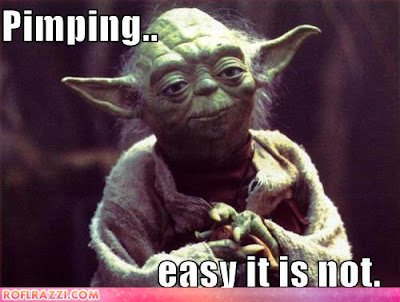 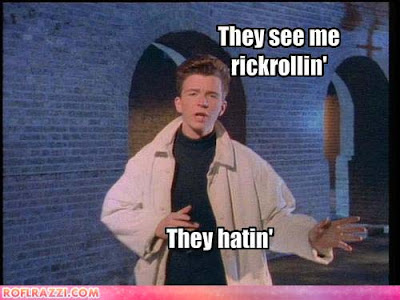 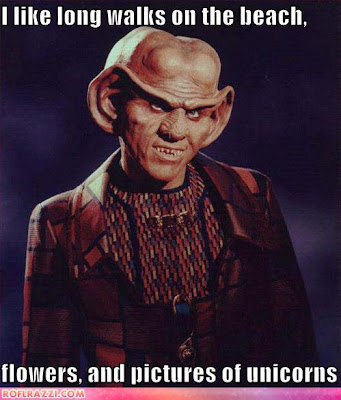 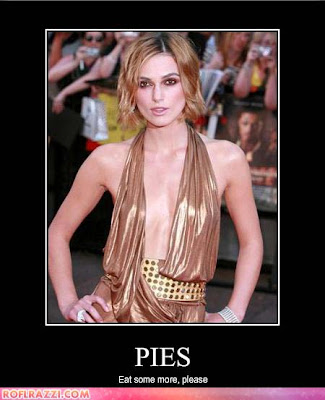 Posted by Denise (aka Trixie) at Wednesday, November 12, 2008 No comments:

for Andy and Maynard 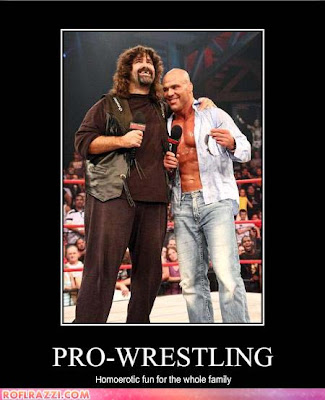 Posted by Denise (aka Trixie) at Wednesday, November 12, 2008 No comments:

Sir, you go too far!

A sport my hubby can play!

Ah, Election Season is over

Well, the American people have spoken. Regardless of who you voted for, I think we are all in agreement of one thing; thank GOD the ads are done. But, ah what a year (well, 2 years actually)
The dudes over at Best Week Ever put together this introspective look at the biggest election in American history. Enjoy!


Campaign for the President: A Tribute @ Yahoo! Video
Posted by Denise (aka Trixie) at Friday, November 07, 2008 1 comment:

What a cool family! 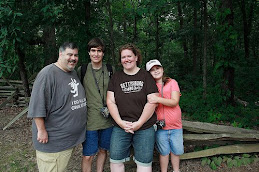 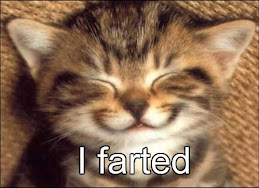 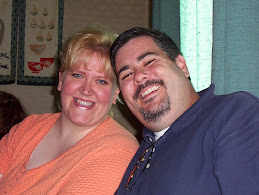 My most excellent links! 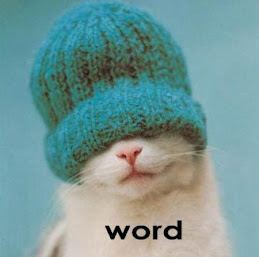